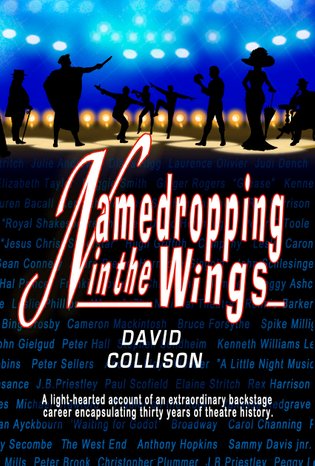 First published in Great Britain in 2021

available from: AMAZON.CO.UK and its worldwide sites 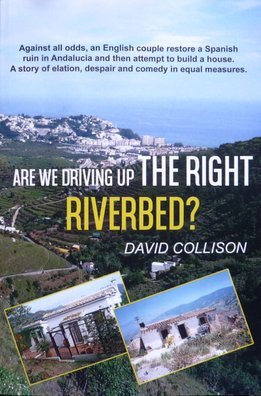 Available in print and as an E-Book from AMAZON.CO.UK and its worldwide sites 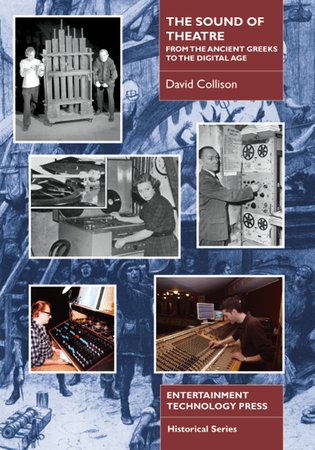 Book ordering facilities, news and updates on existing and forthcoming titles can be found at www.etnow.com 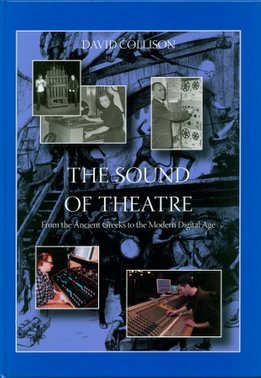 First published in Great Britain in 2008 by PLASA Limited.

Now out of print but sometimes available from AMAZON.CO.UK and its worldwide sites. 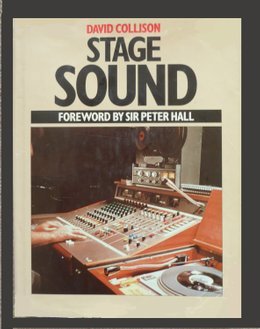 Out of print but sometimes

and its worldwide sites

NAMEDROPPING IN THE WINGS

This is the memoir of an incredible backstage career from when such legendary figures as Ronnie Barker, Kenneth Williams Maggie Smith, Diana Rigg and Vanessa Redgrave were starting out, and a young Peter Hall was directing the first production of Waiting for Godot.

Told with a great sense of humour, the book brims with personal anecdotes. There are stories about many renowned West End musicals, such as A funny Thing Happened on the Way to the Forum with Frankie Howerd, Pickwick with Harry Secombe, Topol in Fiddler on the Roof, Judi Dench in Cabaret, Applause with Lauren Bacall, Company with Elaine Stritch, and Mame with Ginger Rogers, plus the original productions of Grease, Joseph and the Technicolor Dreamcoat, Jesus Christ Superstar, and Stephen Sondheim’s ground-breaking musical Company. David Collison was also involved with productions starring Peter Sellers, Julie Andrews, Bing Crosby, Elizabeth Taylor, John Guilgud, Sammy Davis Jnr, Leslie Caron......to name but a few.

Along the way, there were also some notable disasters about which there is always a good tale to tell; one of the most notorious being Lionel Bart’s Twang! featuring Barbara Windsor and Ronnie Corbett.

The author was also involved in a number of plays at the Royal Shakespeare Theatre with Sir Peter Hall and the inaugural productions of the National Theatre Company with Sir Laurence Olivier, including Hamlet starring Peter O’Toole.

Namedropping in the Wings will appeal to anybody who enjoys reading about celebrities and show business.

ARE WE DRIVING UP THE RIGHT RIVERBED?

With little money and only a basic grasp of the language, how do you set about restoring a ruined cottage in Spain?

The true story of a British couple on holiday in Spain, who discover a ruined farmhouse for sale in Andalusia.  The romantic notion of owning their own little place in the sun - for not very much money - and being able to live a Spanish lifestyle, is too good to resist.

Unfortunately, as so often happens in Spain, the deal is not quite what it seems when they discover that the man selling the property does not actually own it.  This is only the start of a long journey. Renovating the finca becomes a much bigger task than anticipated.  Along the way there are many comic episodes and they encounter a host of extraordinary characters, including six different builders and a hostile neighbour.  Comedy and confusion ensue.

Nothing daunted, a few years later they decide to have a house built to their own design.  Once again, there are unforeseen problems. A rogue lawyer absconds with their money, and a series of totally bizarre events conspire to make a simple project into a  complex puzzle; it takes many years before the reasons for all these frustrations finally fall into place.

Vital reading for anyone wishing to restore a ruin, renovate a finca, or battle with Spanish bureaucracy in a bid to enjoy a little place in the sun.

THE SOUND OF THEATRE

From the Ancient Greeks

to the Modern Digital Age

Using 186 photographs and illustrations, The Sound of Theatre traces the development of theatre sound in the Western world from the Ancient Greeks creating thunder with stones in large copper jars to the modern age of digital technology.

The great theatrical spectacles of the 18th and 19th centuries relied heavily upon the creation of realistic storms and battles and many of the early sound effects machines are described and depicted in this book including wind and rain machines, thunder sheets, thunder drums and thunder runs. The creation of animal noises are described and there are details of how the sound was created for the famous 1925 play "The Ghost Train".

A chronology of key inventions leads from the discovery of electricity to the development of the telegraph, the telephone and the first recording devices, and charts how Hollywood's massive investment in recording and playback equipment for the Talkies led to the burgeoning of amplified sound in the theatre.

There is a detailed account of how theatre sound effects in the 20th century progressed from 78 r.p.m. discs, tape machines, CDs and minidiscs to digital samplers and computers. The book also traces the history of voice amplification for the actor leading to the creation of the theatre sound designer.

Sound design for Broadway and West End musicals is extensively covered with contributions from some of the pioneers of stage sound.

With anecdotes and recollections from British and American theatre sound practitioners, David Collison provides a vivid picture of what it was like to be involved in such a rapidly changing world.

The book has been widely recommended as a resource for students studying theatre sound, stage schools, university drama courses, stage management courses and for anyone with an interest in theatre technology or the history of theatre in general.

It was not until the 1970s that the production of electronically produced sound for the theatre was generally accepted as a technical art. Today sound is an accepted part of theatrical performance and the sound designer has at his disposal equipment rivaling that of broadcasting and recording studios in sophistication.

David Collison was one of the first leading authorities on theatre sound.

Beginning with a basic introduction to both natural and electronically produced sound for the non-technical reader. Collison then goes on to discuss the component parts of a sound system and how to connect them together. Techniques of recording and editing are discussed with particular reference to the creation of sound effects, including a fascinating section on live and mechanical noise-machines. Microphone techniques and sound systems for musicals are considered in relation to the author's own wide experience in this field. The final chapter describes some permanent theatre sound installations including the one for the National theatre of Great Britain, for which the author acted as sound consultant.

Throughout the book, there is useful advice on the most suitable equipment for particular applications with hints on how to achieve the best results. 120 line drawings and 50 black-and-white photographs clarify technical points.